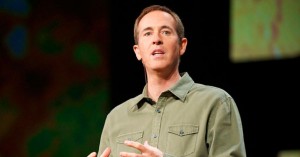 As the Southern Baptist Convention was going on, I was following their tweets with the #SBC14 hashtag and noticed that Andy Stanley was showing up in my feed. I clicked on his Twitter profile and saw that he was taking on the SBC and challenging them. I was fascinated and followed his feed for a couple of hours. I even retweeted a few of his posts. I thought he made some great points, but many got upset.

North Point Community Church lead pastor Andy Stanley clarified to The Christian Post about tweets he made earlier in the week that appeared to be criticism of Southern Baptist Convention leaders calling for a spiritual revival, explaining that he was talking about local revival rather than a Great Awakening-style revival.

Andy Stanley preaches to an estimated 33,000 people every Sunday at North Point Ministriesâ€™ five metro-Atlanta campuses. His television program, Your Move, is viewed by an audience of nearly one million each week.

Stanley conceded that the conversation spiraled beyond what he had intended it to be after he and others began diverging on what they meant by â€œrevival.â€

One thought on “Andy Stanley Takes on the SBC via Twitter”