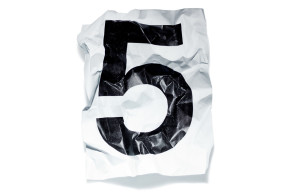 The following is a great blog post from my friend Scott Wilson. I’m posting it because he looks for the same 5 things that I look for. He just says it better. See below:

I believe every person has potential, and I could easily get caught in the trap of bringing people on my staff based on where I think they could be, rather than where they are. But the people on your staff can make you or break you. They represent you and what you do. Who you choose to bring on your team is one of the most important decisions you will make for your church community.

To be clear, I do believe every person has potential. But just because someone has potential in certain areas doesn’t mean they’re ready to be on staff at my church.

When I’m thinking about bringing someone onto my team, here are the five things I make sure they have.

I need to know this person can do the job they’re hired to do. For some reason churches have a tendency to hire people for jobs where they aren’t trained, either because that person needs work and there is no other place to put them, or because there is an opening on staff and no one to fill the position.

It would be better to leave a position empty than to fill it with the wrong person.

Putting the wrong person is the wrong position is not fair to the person you hire, or to your team as a whole.

I need to know the person I’m hiring has a heart to do what they’re being asked to do. This involves, of course, looking at their spiritual life to make sure their actions are in line with what they say they believe.

But that is just part of the equation. I need to know this person is excited about what we’re doing as a community, and the small role they will play.

Even if a person is excited about the vision as a whole, but would rather be doing a different job than they one I’m hiring them for, I question if they would be a good fit.

Not everyone will fit on our team, and that’s okay. Before I hire someone, I want to know I can have a conversation with them, and that they are liked by the people they will be working with.

This isn’t as simple as having things in common, although that helps.

This is that inexplicable it factor that has to exist in order to spend 50 hours per week with a person and stay energized and productive.

This is about making sure this person is able to grow with us, that they are going where we’re going. If I get the impression this person is just planning to stick around in this okay role until something better comes along, I think long and hard before I hire them.

Our church will not stand still. We’re on the move. I want to know the people on our team are heading in a similar direction.

Everybody’s convictions are different, but I want to know that, for the most part, our convictions line up with those we hire. This isn’t about judging right from wrong necessarily. It’s about choosing to invite people on our staff who represent what is important to us.

There is diversity on our team, but I also believe there are some areas where we must have unity in order to thrive.

What do you look for when hiring in your community? Can you add anything to my list?

*** The first three points are adapted from teachings from Bill Hybles. Bill has a lot of amazing teachings on leadership. Follow him on Twitter to hear more from him.