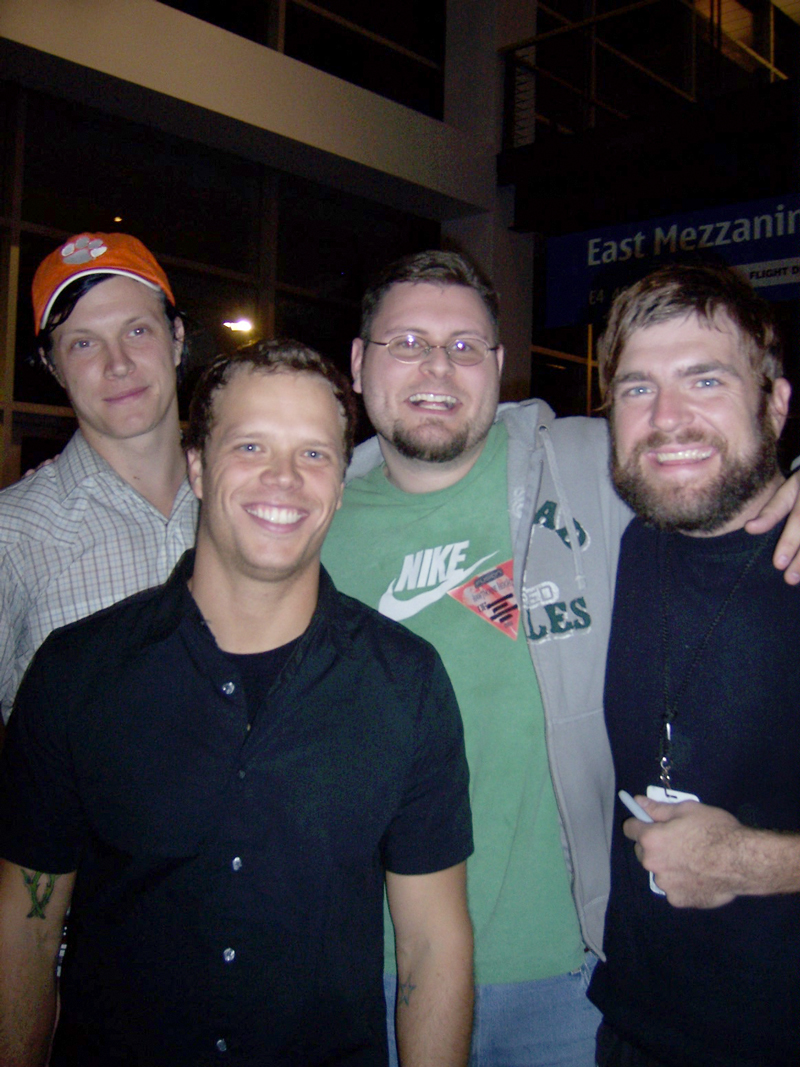 Last night was a blast. I took 4 friends with me to see my friends (the band – Emery) and Relient K (and Hawthorne Heights and 2 other bands I’d never heard of). My friends from Emery hooked us all 5 up with not only tickets, but VIP backstage passes. We had a great time catching up and laughing about old stories and tales of the crazy things we used to do “back in the day”.

These are two pictures from last night. The one above is with 3 of the 5 guys from Emery – it was taken as we were talking after they had just played. The picture to the right (which I didn’t realize was being taken) is me with my high school best friend, Toby – lead singer of Emery. I met Toby in the fifth grade. We were best friends all throughout high school. I was a year ahead of him in school. He followed me to my college (Charleston Southern University) and became my suite-mate my sophmore year/his freshmen year. Finally his sophomore year, after 5 years of me sharing Christ with him, he accepted Jesus Christ and has never been the same. The night that he prayed to receive Christ the preacher pointed him out and said “This guy will stand before thousands of people and be a witness for Christ. God is going to use him mightily.” Last night as they played and I saw the crowds hanging on his every word, I saw that word being lived out. He does speak and play before thousands each week and God is using him in a mighty way.