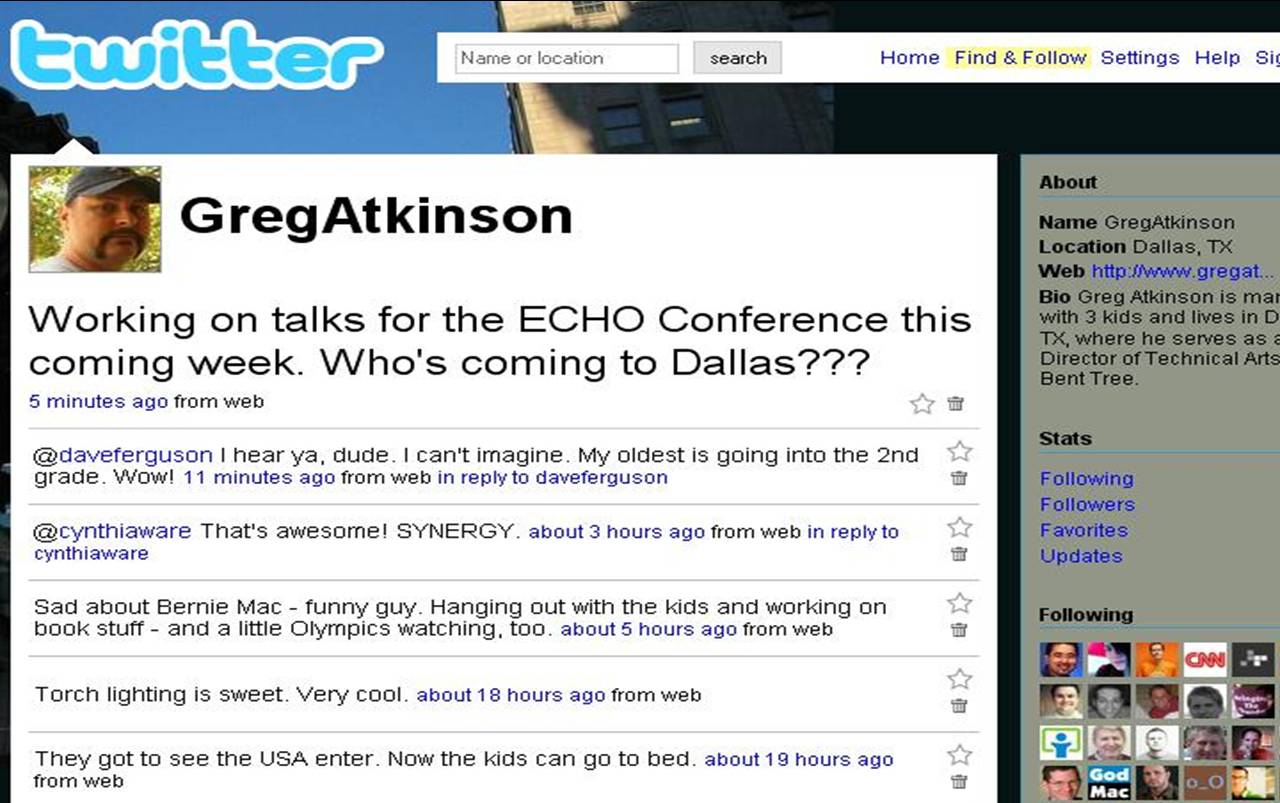 I had an interesting conversation with some friends this week. I found that many follow several, random people and in turn, those people then find out about them and follow them – thus they have a lot of people following them on Twitter.

That, honestly, never occurred to me. I only follow people that interest me, so it’s a relatively small group (78). I could probably have more people following me if I followed more people (makes sense), but I don’t want to get constant updates from people that I don’t particularly want to follow. Does that make sense?

So… How do YOU use Twitter? Do you follow as many as you can? Are you picky? Are you following me? 🙂 You should. I will be releasing updates and exclusive Church 2.0 info on just Twitter.

Check out my friend, Bill Seaver’s blog on Podcasting 101 HERE.