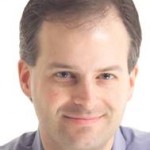 In the famous Golden Rule, Christ taught followers how to live with each other, not just work together. He told them to treat their neighbors â€“ coworkers, family, friends â€“ like they themselves would want to be treated.

If youâ€™ve ever worn a sports shirt or jacket made out of GORE-TEX, you may not realize that Gore, an 8,000-employee company, has operated without an organizational chart or formal chain of command since 1958. Teams hold each other accountable. Volunteer leaders emerge within the teams based on their knowledge or skills.

One of Bill Goreâ€™s guiding principles is â€œFreedom to encourage, help, and allow other associates to grow in knowledge, skill, and scope of responsibility.â€ People growth comes before company growth â€“ the Golden Rule at work.

Years ago I worked at Prism Radio, which owned three stations and had about 40 employees. Prism flew me and several other reps from around the country to Florida for sales training. They threw great Christmas parties, occasional mid-week celebrations, and in an industry known for fun-loving, we led the pack.

One year, the whole sales department went to Chicago to celebrate a great quarter. We later drove to Virginia for a thrill ride on the rapids of the Gauley River. We often picked up our clients in limos and took them to lunch. When the COO came to town, he encouraged rather than berated. My former boss and I are still great friends 15 years later.

In A Stake in the Outcome (Currency, 2002), author Jack Stack tells how he taught his employees at SRC Holdings the basics of finance and then provided them with all the information they needed to monitor their own performance. Five years after implementing the program, SRC went from a startup with heavy debt to a profitable $43 million in sales. In 2007, SRC reached $300 million with 1,200 employees. Thousands have traveled from all over the world to tour the company and discover exactly how Stack built this culture of success.

In addition to providing meaningful work and a sense of significance to his people, he gave them stock in the company. Several became millionaires as a result. SRC invested in employee-owned spinoffs, ultimately creating a portfolio of 47 businesses. Inc. magazine named SRC â€œone of Americaâ€™s most competitive small companies.â€

These three companies proved the value of treating people like gold: dividends that multiply in unforeseen ways, for years to come.