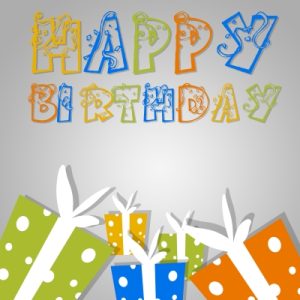 Back in my early days of ministry, I was a kindergarten teacher at a Christian school. Those were the four longest years of my life…actually, that’s not true. They were four great years, because I was finally with an age group that I could relate to!

During that period of time, one of the mothers came to me and asked if she could have a birthday party for her daughter. As long as you invite everyone in the class, I said, that’s not a problem. The next day, Suzie’s mom turned my room into birthday kingdom.

There was a long table going down the middle of the classroom, and at the end of the table was Suzie – birthday girl. She had an amazing pile of presents in front of her, stacked so high you could barely see her face. All her classmates sat around the table, admiring Suzie’s stack of presents while looking at their own little sandwich bag of party favors.

One of the boys in the class wasn’t pleased. He began to harrumph. As Johhny looked at his bag of favors – two tootsie rolls, a lollipop, and a plastic whistle – and compared it to Suzie’s big pile of gifts, he got angrier and angrier. His harrumphing grew louder and louder. Finally, one mom helping out had enough.

She came to Johhny’s seat at the table, knelt down to look him the eye and said, “Johnny, it’s not your party.”

It’s a comical little scene, perhaps even “cute” at first, but the theology of those words obviously stuck with me throughout my life. As I think about my life and the glory of God, I need to remind myself that this life is not my party. You and I have been born into a world that was created to celebrate God. This life is not our party.

You see, the problem with Johnny is that he made that party all about himself. He wanted to be the center of attention. He wanted to receive all the gifts. He couldn’t see past his own selfish heart to celebrate Suzie and her birthday, and that only caused conflict and discord for everyone around him.

You and I act like Johnny all too often, but thankfully God is loving and patient and kind. Not only does He forgive us, but He continually invites us back into the party. What amazes me most is that God didn’t just write a Heavenly e-vite; He left Heaven to murder Himself so that we could be personally invited to an eternal party.

Jesus died and was raised to invite you to a party bigger than anything you could throw on your own. You’ll never understand life, or find peace of heart, until you understand that this life is not your party.

One thought on “It’s Not Your Party”