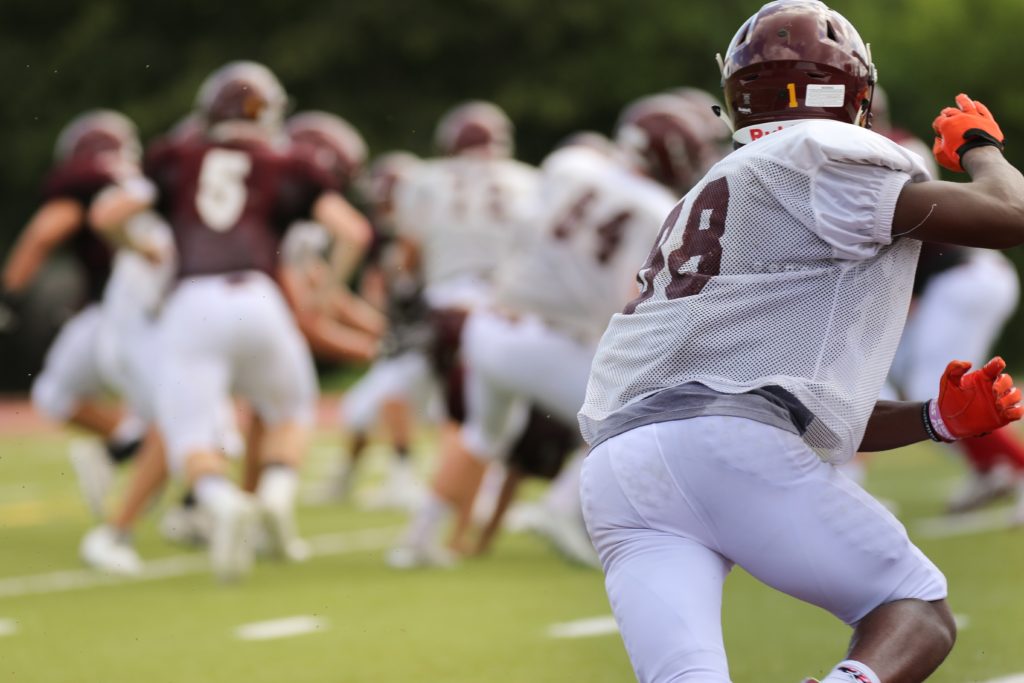 I was watching football recently and was struck by something I’ve seen a thousand times, but it jumped out at me. I realized how far back the running back lines up behind the quarterback.

The running back is usually 5 to 7 yards deep from the line of scrimmage. It occurred to me that if he was directly behind the quarterback or the offensive line, he would have no momentum to run forward, but with his placement on the field, he has a chance to build up his speed and gain momentum.

Momentum is a priceless thing – in leadership, it’s essential.

Momentum is something that every leader longs for, but unfortunately, most don’t know how to create it or sustain it once it occurs. I was at Catalyst One Day awhile ago and got to hear Andy Stanley and Craig Groeschel speak on the power of momentum.

Here are some of their thoughts from Andy Stanely‘s opening talk:

Organizational momentum is often triggered by one of these three things:

New doesn’t guarantee sustained momentum, but new is an essential trigger for momentum.

Improved, The new must be a noticeable improvement over the old.

Improving, Momentum is sustained through continuous improvement.  This improvement must be continually evaluated.

So pastor, what are you doing to start and sustain momentum? How much of momentum do you think comes about from the God-factor? How much does the leader help create? How much would you say are the work of us partnering with the Holy Spirit?