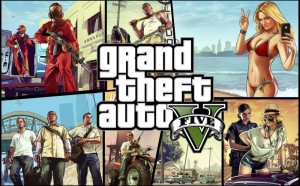 Let me say up front that I’m not a true gamer. I play video games with my kids, but I have friends that stay up until 2 or 3 am playing games and are true gamers, that’s not me. With that being said, I want to offer some pastoral counsel and advice to church leaders and parents: Be careful what games you let your kids buy and play.

I recently had a friend purchase Grand Theft Auto V. He got to the third scene and had to take it back to the store because it was so bad and vulgar. He described people having sex in a van, two going at in the street and one scene where the paparazzi pay you to take pictures of a teen star having sex. Of course in the game, you can still pick up a prostitute. Read this review of the game to truly know what goes on.

Some of you may be shocked. Some of you may be yawning and thinking what’s the big deal? The big deal is what our kids are seeing behind closed doors in their rooms when we think they’re playing a simple racecar game and they are acting out sex, crime (remember it’s called Grand Theft Auto), and violence (there are a lot of fights and car-jackings).

When parents don’t get involved in details like this in their kids’ lives, it leads to trouble down the road. Kids are growing up today with a taste and thirst for violence (think Halo and Call of Duty) and when you mix that with a negative view of women and thinking of them as sex objects, it makes you think what the next generation of leaders, pastors, teachers and businessmen and women will be like.

I don’t want to preach or come down too heavy. I just want to raise awareness of a problem and strongly encourage you to check into what your kids are playing. If a thirty-three year old friend of mine had to return the video game because it made him blush and feel dirty, what business does a teenager or child have playing it?

So, like the title says: Be careful little eyes what you see. My kids play games like Madden (football) and Indiana Jones and Star Wars. We are intentional not to buy them games with graphic content or violence. I encourage you as leaders in the church to be careful what you look at (on computers, tablets and gaming consoles) and be a present parent to your children. They look to you for guidance and today’s kids need all they can get. So as the Christmas season approaches, take a careful look at what games and movies you buy your kids. Okay – I’m stepping down off my soap box!