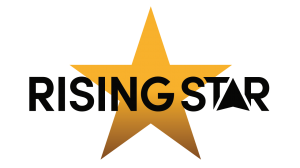 Like over 5 million people, I watched and participated with the premier of ABC’s new reality singing competing “Rising Star” this past Sunday night. I waited to blog about it to see how the world reacted to the premier. Many called it a failure, citing lack of quality singers and glitches (like how the West Coast votes, etc.). I see it as a step in the right direction of television and a true innovation. Like the book says: The Road to Success is Paved with Failure.

As I was watching the show and participating on my iPhone with the show’s special app, I was thinking of how this technology and concept could be used with a variety of shows. Think of how many times you’ve watched a reality show and wanted to vote someone on or off in real time. I think ABC has started something new (innovation) that will evolve and adapt and change the way we watch and interact and engage with television for years to come.

What did you think?

*** For more on the subject of innovation, check out my new book Strange Leadership.