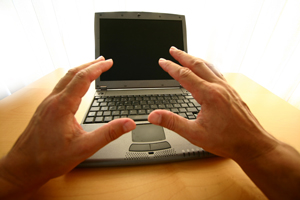 Did you tune in this morning? I did. I sat at home in my recliner and watched the morning session at Willow Creek’s A2 Conference – it was awesome. People were texting and emailing questions the whole time. The speakers had laptops up on stage with them and were fielding questions from web viewers, as well as those in the audience.

This is something I’ve been wanting to see happen for a long time. I know CCN has held some interactive seminars, but you had to be at a location where they had a subscription to their satellite service. Also, 2 years ago, I did a Keynote at the Church Media Convention that was supposed to be streaming LIVE via the web, but I think it was premature and there were probably like 10 people watching.

Gentlemen (and women), we now have the technology. During the conference, Dave Schwarz from Dav Productions emailed me to say “hi”. He is one of the guys who produces some of the “next level” stuff for Willow. I look forward to talking more with him to find out about the technology behind things like what they did this morning.

I’ve had ideas stirring in my heart for sometime now about new and better ways to do conferences and continuing education. I’ve had conversations (on phone, via email and face to face) with cutting-edge Kingdom-minded people about ways to change and improve the effectiveness of conferences at the local church. More to come on that in the future.

Speaking of “the future is now”…

The movie “Face Off” has now become a reality. An ethics panel Wednesday approved a London hospital’s plan to carry out what could be the world’s first full-face transplant. Click HERE for the story and watch out for someone may not be who they appear to be! Now imagine hearing the “Mission Impossible” theme music.