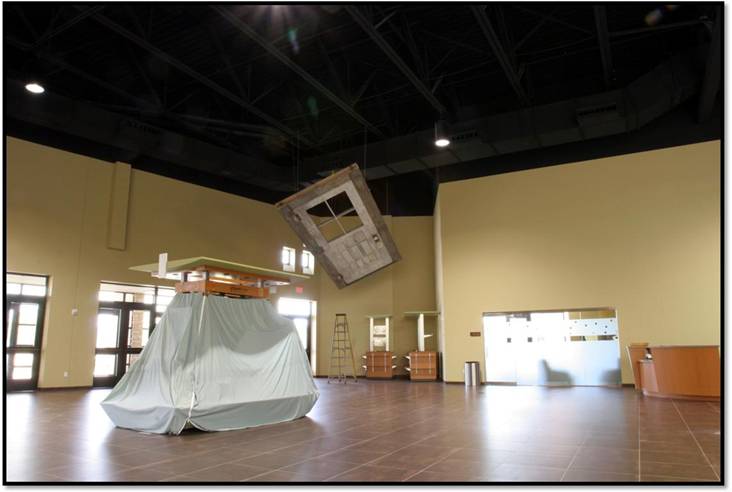 At Bent Tree our Visual Arts team has been busy on a few projects. Remember the giant door? It’s now hanging in our community space (see above). They are also working on hanging giant windows with various pictures in them around our campus.

Later this month, they will be busy designing the set for our Fine Arts Day Camp (pics of that to follow afterwards). For the Fall, they are working on something special for our official “Grand Opening” in September and a look for our seeker series entitled “Pennies on the Track”. Below is an early idea (this photo was taken by our Visual Arts Coordinator, Aaron Bensko). 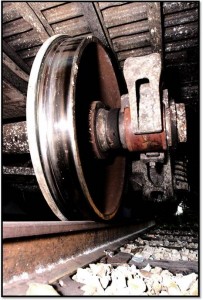 Aaron and his team just finished a cool project. They painted a giant hand on a wall they built for the back of our stage. What was really cool was that they revealed what the picture was week by week. It started out just a white wall, then a white wall with a few painted squares on it. Each week the Visual Arts team would reveal more of the picture. Last week the hand was revealed fully for the first time. Where did the hand come from? Aaron took a picture of our Audio Coordinator, Tom, holding his hand up. Our team of painters made the magic happen based off that picture.

Here is the wall they built and fastened to our back wall: 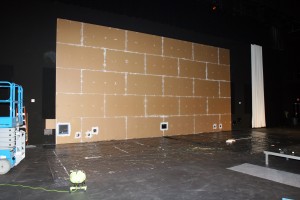 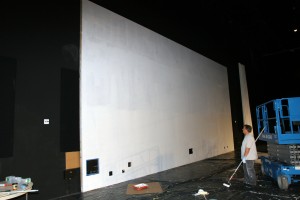 Here is the hand coming together: 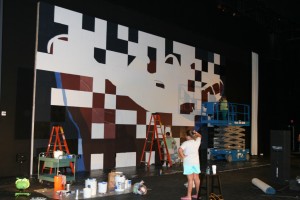 Putting the finishing touches on: 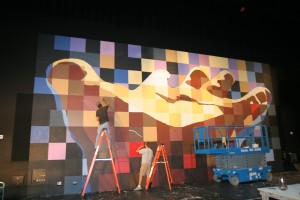 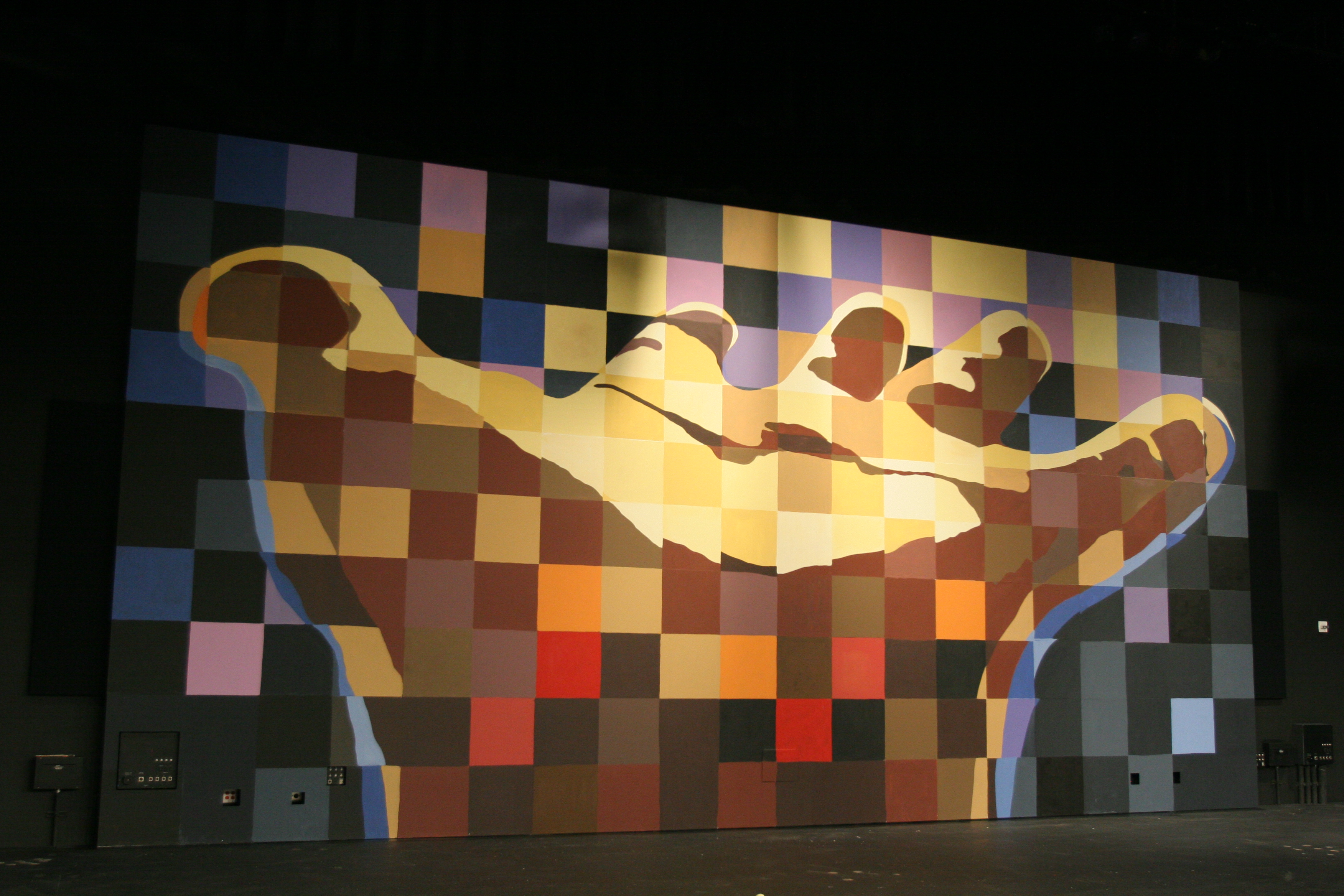 Here are some different looks of the set/stage during worship yesterday: 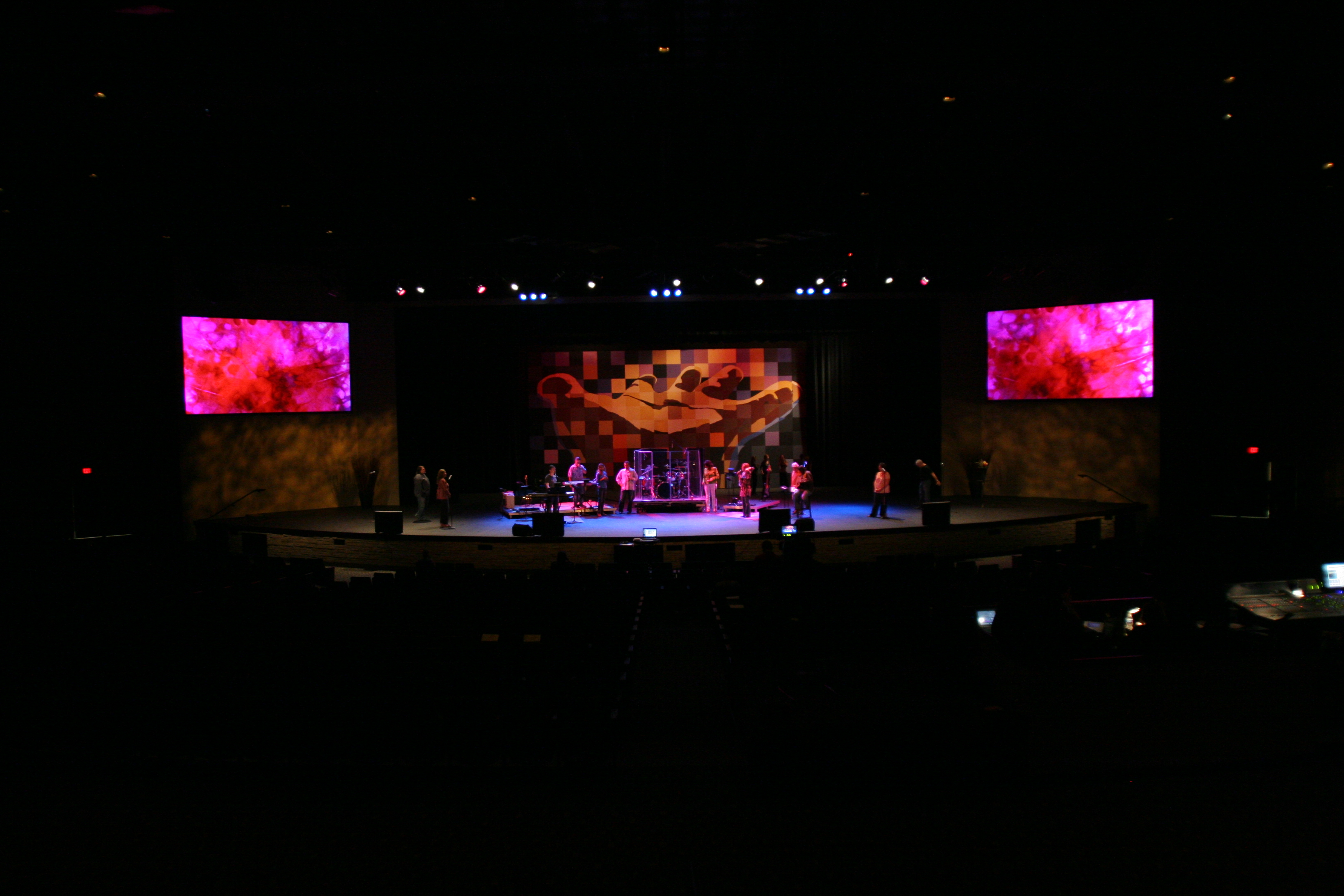 Here is a close-up look of a dance we did during the song “None But Jesus”: 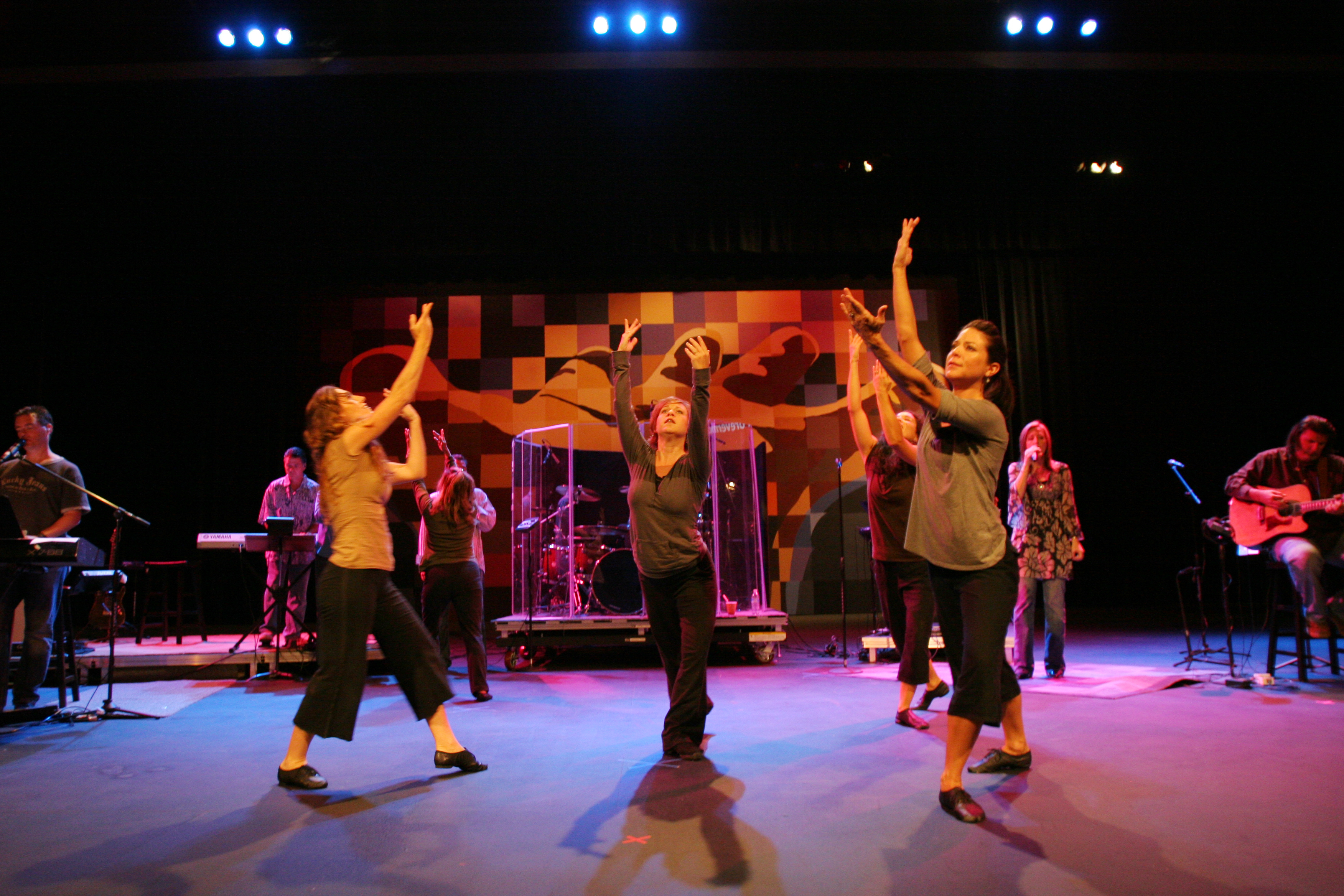