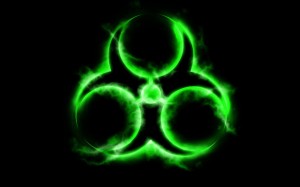 This past Sunday I noticed a family that comes to our church about four times a year walk into our lobby. I smiled and greeted the husband/father, who walked straight to me. He told me he wanted to do something that old school Baptist churches do – something traditional, not Biblical. He was obviously not familiar with our church, having only been there about four or five times in the last year and a half.

I told him that we didn’t do that tradition and that our process was to fill out a Communication Card and let a pastor contact them to meet with them and discuss things. He said, “What if we insist and want to do this?” I replied that we don’t do it and to fill out a card. He walked off upset and went into the service. I planned to follow up with him and get him in touch with one of our pastors.

Sunday afternoon I received one of the meanest, rudest and nastiest emails I’ve ever received. He had written it to me and our Lead Pastor. He was trying to get me in trouble. I called our Lead Pastor and told him what had happened and he agreed I made the right decision. He had my back and said he would respond to the email telling him why our church does things the way we do.

On Monday, our Lead Pastor responded to this man’s nasty email and explained the Biblical reasons for why we do what we do and why I made the decision I did. This man then replied with a meaner, nastier, longer email that called me and our Lead Pastor very cruel things and attacked our character and personalities. This man had clearly lost it and was blinded by his anger. I really started to doubt if this man was even a Christian based on the way that he talked to two pastors and treated them.

Our Lead Pastor responded with a very short and friendly email to close the discussion saying, “Thank you for your forgiveness and we forgive you as well.” Of course this guy had to have the last word and he rudely said he had nothing to be forgiven for and took another jab at our Lead Pastor.

I was chomping at the bit to respond to this guy’s email and blast him out of the water. After a year and a half, I can count on one hand the number of times I’ve seen this guy and his family in church. They never joined a LifeGroup, served, tithed or attending our membership class. They were basically visitors, but demanded to be treated like plugged in people who were heavily involved. I wanted to call him out for his lack of church attendance and spiritual maturity, but I remained silent. I held my tongue.

My boss emailed me and said, “This guy’s nuts. Good riddance.” I agreed. He then said something insightful. He said, “This guy’s toxic. Let him go bless another church.” I wonder how many of you have someone toxic in your organization. They are like a cancer that has to be removed. I talked about this years ago when I blogged about having to fire a volunteer for the very same reason. He was a cancer to our team.

Later on Monday, God gave me this verse and I shared it with my boss:

But in your hearts revere Christ as Lord. Always be prepared to give an answerÂ to everyone who asks you to give the reason for the hopeÂ that you have. But do this with gentleness and respect,Â keeping a clear conscience,Â so that those who speak maliciously against your good behavior in Christ may be ashamed of their slander. – 1 Peter 3:15-16

I’m proud that we took the high road. My boss/Lead Pastor was very kind in his remarks and talked like a shepherd/pastor. I refrained from saying anything because I would only anger the man. We responded with gentleness, respect and have a clear conscience. I pray that God would forgive and touch this man and his family and that one day he could talke the steps to get right with God and get plugged into a church that is a right fit for him.

How have you dealt with toxic people in your organization? When is the last time you got a nasty email or letter? Do you keep them? Do you have a folder where you keep all the good letters that you pull out to read on days like this? I do!