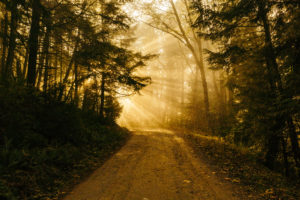 He went back and addressed each one. He asked the congregation, “What did you see when you pictured a used car salesman… a librarian… a sumo wrestler…?” And with each one he described the stereotypes and asked people to raise their hands if they pictured the same thing.

He went on from there, but I was so proud of the preacher and here’s why: Over the past 12 years when I have spoken at pastors and leadership conferences, I have urged pastors to, “Paint a picture with your words. Don’t underestimate the power of imagination.”

This reality really hit home for me several years ago. I was doing some consulting with Prestonwood Baptist Church in Plano, TX. I had done a seminar and training for their entire creative, worship, and tech leadership team. Their worship pastor at the time, Todd Bell, invited me back to speak to their entire teaching team (they had several teaching pastors plus interns), including Pastor Jack Graham, who at that time was the President of the Southern Baptist Convention.

I had prepared a class based on using visual aids, video clips, and illustrations to enhance your message and was ready to go when God interrupted me the night before. God, in His gentle whisper, reminded me Jack Graham is heard on the radio all over the world and all of what I was prepared to teach on wouldn’t apply to those simply listening on the radio and not able to see a video clip.

The honest truth is too many communicators rely too much on tech; they’re lazy in their preparation and it shows. If you were to preach on a Sunday when the power went out and you couldn’t use any visuals, PowerPoint or videos, and your sermon fell apart, you’re basically admitting you had nothing to say. Videos and graphics are supplemental enhancementsâ€”they can’t be the meat of what you communicate. Read those last two sentences again.

Please know I’m all for using media and have taught on it widely, but I always caution my audience to not let the tail wag the dog. You should never say, Hey, I found this cool video clip. Let’s build a message around it. This way is backwards. Plan to preach what God has laid on your heart, rooted in Scripture, and if there happens to be a video clip which supports or illustrates one of your points, great! But it must be in a supporting role.

However, you may just find that asking people to close their eyes and imagine what you’re describing is more powerful than any picture or video you could show.

Not only is Jesus the perfect model for leadership, He is the perfect model for communication. Jesus was the greatest preacher who ever lived. You only have to read the gospels once to see how Jesus captured the imaginations of all who came to hear Him. Jesus understood if you can capture one’s imagination, it will take them on a glorious adventure and have far greater impact than a picture or video we try to show them. Jesus, through parables, led people on a journey of discovery and insight by using words and illustrations which got across the message He was trying to teach.

Often, I’ve used the example of Moses parting the Red Sea. I’ve asked classrooms full of people to close their eyes and picture the giant walls of water on each side of them, with fishes, whales, and sea creatures swimming about, but not breaking through the walls of water. Then, I would show them a drawing of Moses parting the Red Sea which some artist came up with and I’d ask: Which was better? What you saw in your mind or this picture of a drawing? It was always what they had pictured in their mind.

We can apply this understanding to our own creative efforts at many levels. On the most superficial level, we learn from the prophets that the tools best suited for communicating to the imagination are image, parables and sometimes even bizarre activity! At a deeper level, we learn that if we are to effect permanent change in people’s hearts, we must do more than simply teach them facts or reduce them to some emotional experience. Like the prophets, we must learn to reach out to the heart as well as the mind by speaking to the imagination. We must allow our audience the freedom to make realizations on their own, as with the parables of the prophets, particularly the prophet Jesus! â€”Michael Card, (Scribbling in the Sand)

David Enyart said, Frequently, creativity and imaginativeness are casualties of ministerial education. Ministers start to mistrust or ignore their own creative impulses; they come to view imagination as a child’s play toy rather than an essential tool for vibrant communication. What a shame.

“Our imaginations are involved in every area of our lives, in everything we do or say or are. It is no wonder that God is so intent upon recapturing them. Therefore, we must seek to understand the imagination biblically, that is, Christ-centeredly.

The imagination is the bridge between the heart and the mind, integrating both, allowing us to think/understand with our hearts and feel/emote with our minds. It is a vehicle for truth. Through the use of images, metaphors, stories and paradoxes that demand our attention, it calls for our interaction. The imagination is a powerful means for communicating truths about God, and so God shows an awesome regard for the imagination in His word.

Because we are called to creativity, a working, gut-level understanding of the imagination is vital. It can be our greatest strength or our greatest weakness. To harness the imagination, or better yet, to bring it under submission to Christ is something about which we don’t talk or pray or do enough. – Michael Card (Scribbling in the Sand)

Michael Card, whom I respect, believes having a working, gut-level understanding of the imagination is vital. Not only this, he thinks it can be our greatest strength or our greatest weakness. Wow! What if you or someone on your team has this glaring weakness which has never been pointed out? What if you’re not tapping into the power of the imagination and your leadership, team, service, and ministry are suffering because of it? What if…?

Creativity is part of God’s divine nature, and He has given it to us as a gift. Like so many of God’s gifts, creativity is often neglected or wrongfully usedâ€¦Imagination is the first storytelling tool. To properly tell a story, you must see it in your mind. â€”John Walsh, author of The Art of Storytelling

My prayer for pastors everywhere is that they become better and more effective communicators of the gospel. How have you used your words to paint a picture for your people? Is God speaking to you in this area and will you allow Him to tap into the power of the imagination of your congregation?

*** Some parts of this were excerpts from my book Strange Leadership.

One thought on “Preaching and the Power of Imagination”