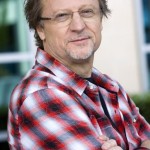 A leader looks strongest when:

— He listens and values the opinions of his top people.

— He creates a transparent company with nothing to hide.Â Â  A poor leader wants to control information.Â  A great leader shares information.

–Â  Creates an environment where all employees are comfortable offering ideas and suggestions.Â  Creative companies are collaborative companies.Â  You never know:Â  The next idea of the lowest paid intern might be the idea that saves the company.

–Â  Gives people the freedom to grow.Â  Only secure leaders can empower others.

— Understands that activity is not necessarily accomplishment.

— A leader must give up to go up.Â  The higher he rises, the more he has to turn over to others.

— He doesnâ€™t have to constantly apologize to people, because he knows how to control his reactions and behavior to begin with.Â  A leader is the face of the company.Â  In his personal life he can afford to argue or get upset with others.Â  But not in his business life.Â  You never win by humiliating or defeating employees, vendors, or other relationships.

— He isnâ€™t afraid to surround himself with people who are smarter, more gifted, and more talented than he is.

A leader looks weakest when:

— He wants control of everything.Â  (It reeks of insecurity).

— Doesnâ€™t listen to his top people.Â  (It creates resentment).

–Â  Puts them in awkward situations (In this case, they feel really awkward hearing you talk about your health problems).

— Hires people on the basis of friendship rather than expertise.

One thought on “Guest Post by Phil Cooke: Leadership”