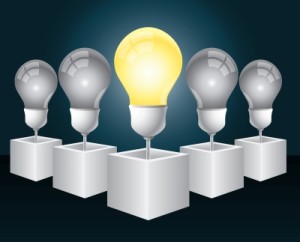 Sunday, I watched and pulled for my beloved Dallas Cowboys. Maybe you’ve heard of the way the game ended. If you missed it, let me catch you up to speed. The Dallas Cowboys played the Green Bay Packers (in Green Bay) for a chance to go to the NFC Championship. It was a tough and close game all the way to the very end.

Near the end of the fourth quarter, with Dallas needing a touchdown to take the lead and win the game, the Cowboys did something unthinkable. It was 4th Down and 2 yards to go, and instead of running the ball or throwing a quick pass to get the short 2 yards, the Cowboys instead opted to throw a deep ball down the sideline from Tony Romo to Dez Bryant for a game-winning touchdown. Now keep in mind, they only needed 2 yards and then they could have continued to drive down the field.

Here’s where risk comes into play and as I state in my book Strange Leadership, risk is an essential part of innovation. The Cowboys did something unpredictable and unprecedented. They weren’t just going for the first down as everyone expected. They were going for the kill – the nail in the coffin you might say. Did Dez make the catch? Some say yes. Some say no. It was ruled an incomplete pass though it was a tremendous effort on the part of Romo and Bryant. The Cowboys turned the ball over on downs and ended up losing the game.

However, had the catch been ruled a catch (as it was originally called on the field), the Cowboys would have probably won the game and would be headed to Seattle to play in the NFC Championship. Am I upset with my Cowboys? Absolutely not! They made a gutsy call and played to win. I couldn’t be more proud.

That’s life and that’s part of innovation and leadership. In my book, I have a chapter on Exploration and Experimentation. Sometimes you have to try and try again. You fail and get back up. I have a whole chapter titled Progression that covers that concept. The key is to keep playing to win, keep pressing the boundaries and never, EVER give up.

So as you lead, serve, invest, plan and pray, don’t be afraid to risk it all when God prompts you to. And when you fail in life and leadership (because you will), get back up, brush yourself off and get ready for the next thing God calls you to. The Cowboys will be back next year. I pray that you will keep pressing on, too.

Brothers, I do not consider myself yet to have taken hold of it. But one thing I do: Forgetting what is behind and straining toward what is ahead, I PRESS ON toward the goal to win the prize for which God has called me heavenward in Christ Jesus. – Philippians 3:13-14 (NIV)

“Sometimes when you innovate, you make mistakes. It is best to admit them quickly, and get on with improving your other innovations.” – Steve Jobs

“Success is getting up one more time than you fall down.” – Rev. Darrell W. Boswell

“The greatest glory in living lies not in never falling, but in rising every time we fall.” – Nelson Mandela

“A ship is safe in harbor, but that’s not what ships are for.” – William Shedd

“I would rather fail in an attempt at something new and uncharted than safely succeed in a repeat of something I have done.” – A. E. Hotchner