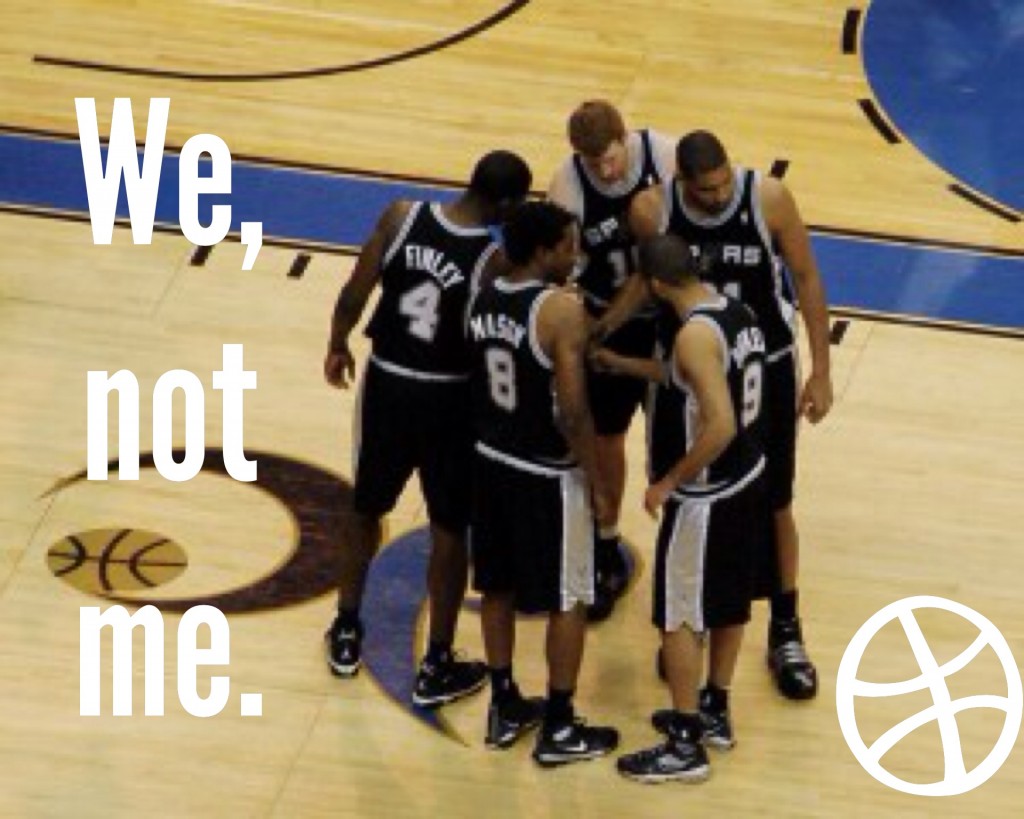 The San Antonio Spurs crushed the Miami Heat for the third game in a row (including two on the road) to win the NBA Championship Title. I have pulled for Tim Duncan and the Spurs since Duncan came into the league. As I watched the game, I was inspired to write about leadership lessons that we can all learn from the well-coached San Antonio Spurs.

The Heat are great and very talented. They’ve won Championships and will probably win again, but if I’m building a team, I’m going to approach it the Spurs’ way. I think if we learn from what the Spurs value and teach, there is much to be gained. How are you building your team? What do you think we could learn from the Spurs?

6 thoughts on “Leadership Lessons from the San Antonio Spurs”